A Need for a Black Historical Conciousness 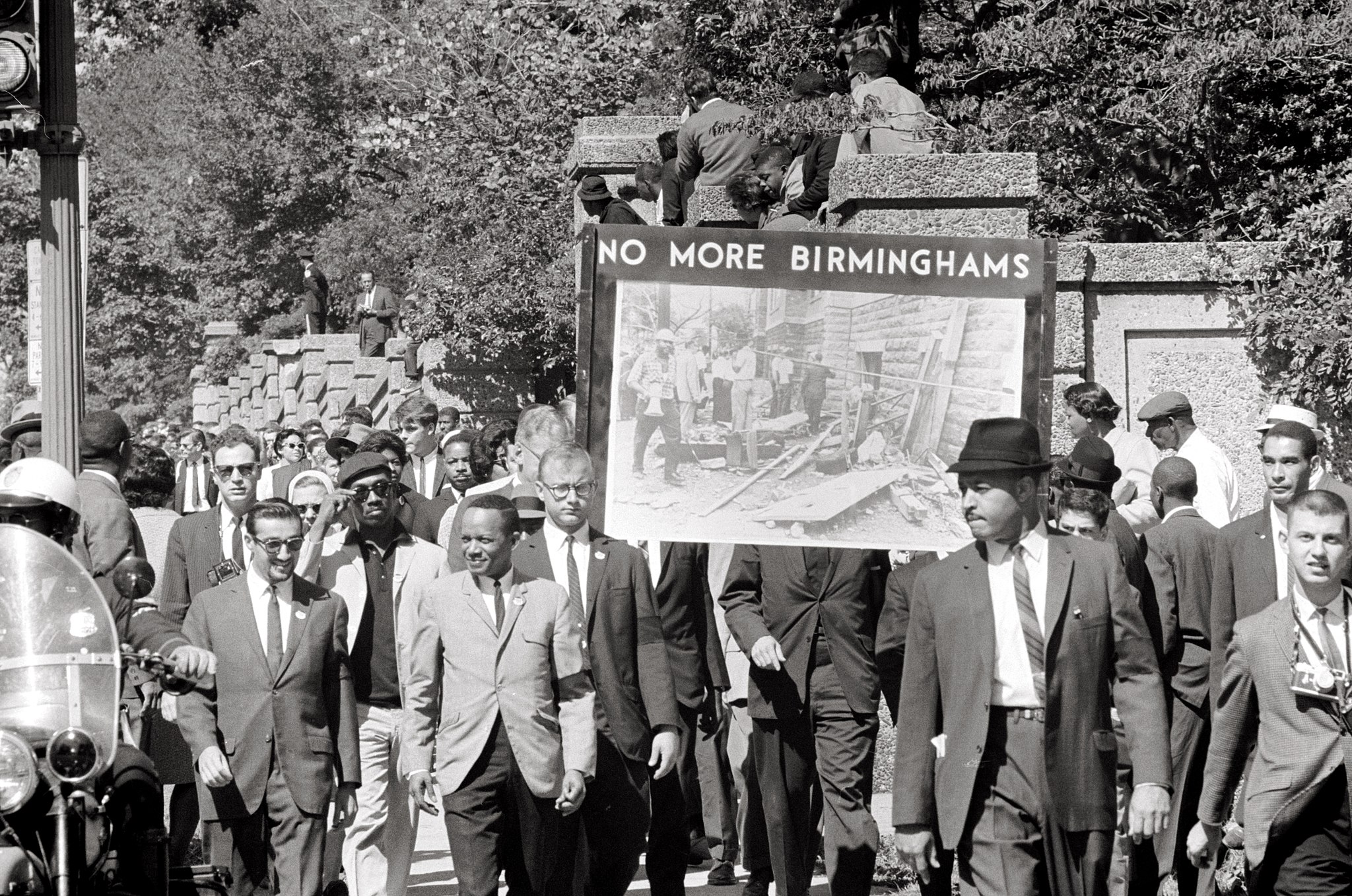 The United States has always been a racially contentious space. Attempts to mark the United States as post-racial have failed considering continued examples of racist attitudes and actions directed toward racialized people. Those even considered progressive and non-racist also have been guilty of racist behaviors. Reasons are plentiful, but Dr. LaGarrett King will explain how history is connected to some of the solutions. Dr. King will introduce Black historical consciousness and explain how the history we learn is naturally anti-Black, which influences how we understand Black people as a contemporary racialized group. He puts forth some solutions to this enduring issue.

Image Description: Congress of Racial Equality and members of the All Souls Church, Unitarian located in Washington, D.C. march in memory of the 16th Street Baptist Church bombing victims. The banner, which says “No more Birminghams”, shows a picture of the aftermath of the bombing.

Image is in public domain as part of the U.S. News & World Report collection at the Library of Congress. Photographer: Thomas J. O'Halloran

In preparation for the talk, we encourage you to read Dr. LaGarrett King's article, "Interpreting Black History."