Fathers of the Church and Their Writings 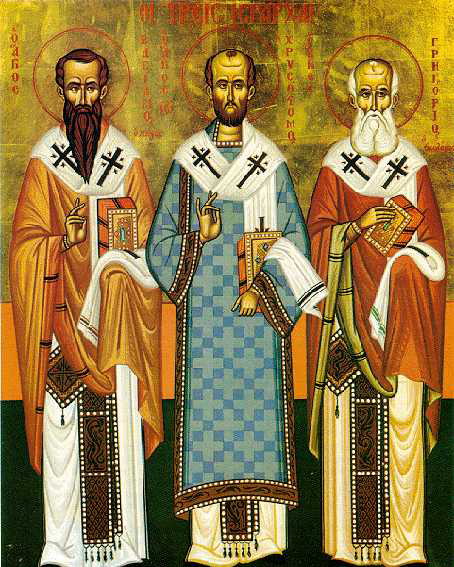 Basil the Great (known as Basil of Caesarea), Gregory the Theologian (known as Gregory of Nazianzus) and John Chrusotom, are know as the three holy hierarchs.