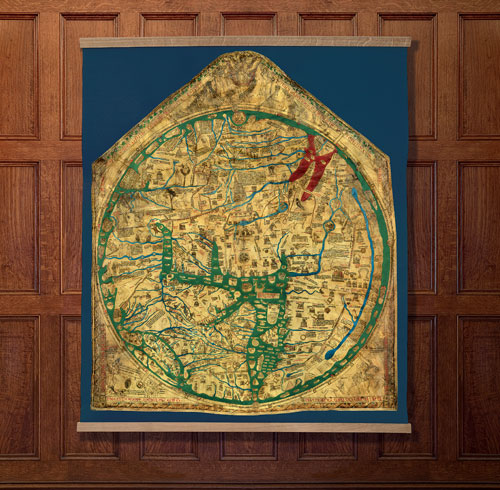 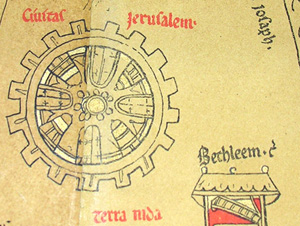 What is the Hereford Mappa Mundi?

The largest medieval map known to exist, the Hereford Mappa Mundi records how thirteenth-century scholars interpreted the world in spiritual as well as geographical terms.  The map places Jerusalem as the center of the world; superimposed on the map are drawings of the history of mankind and wonders of the natural world.

The original map was created around 1300 A.D. by Richard of Haldingham or Lafford and is on display at the Hereford Cathedral, Hereford, England.  This facsimile, displayed in the O'Shaughnessy Room (LIB 108), was given to the University of St. Thomas Libraries in 2011 by John O'Shaughnessy.

For more information on the Hereford Mappa Mundi see:

Books and Articles on the Hereford Mappa Mundi

The following books and articles on the Mappa Mundi are available through the UST Libraries: