Art in the OSF Library: Sculpture 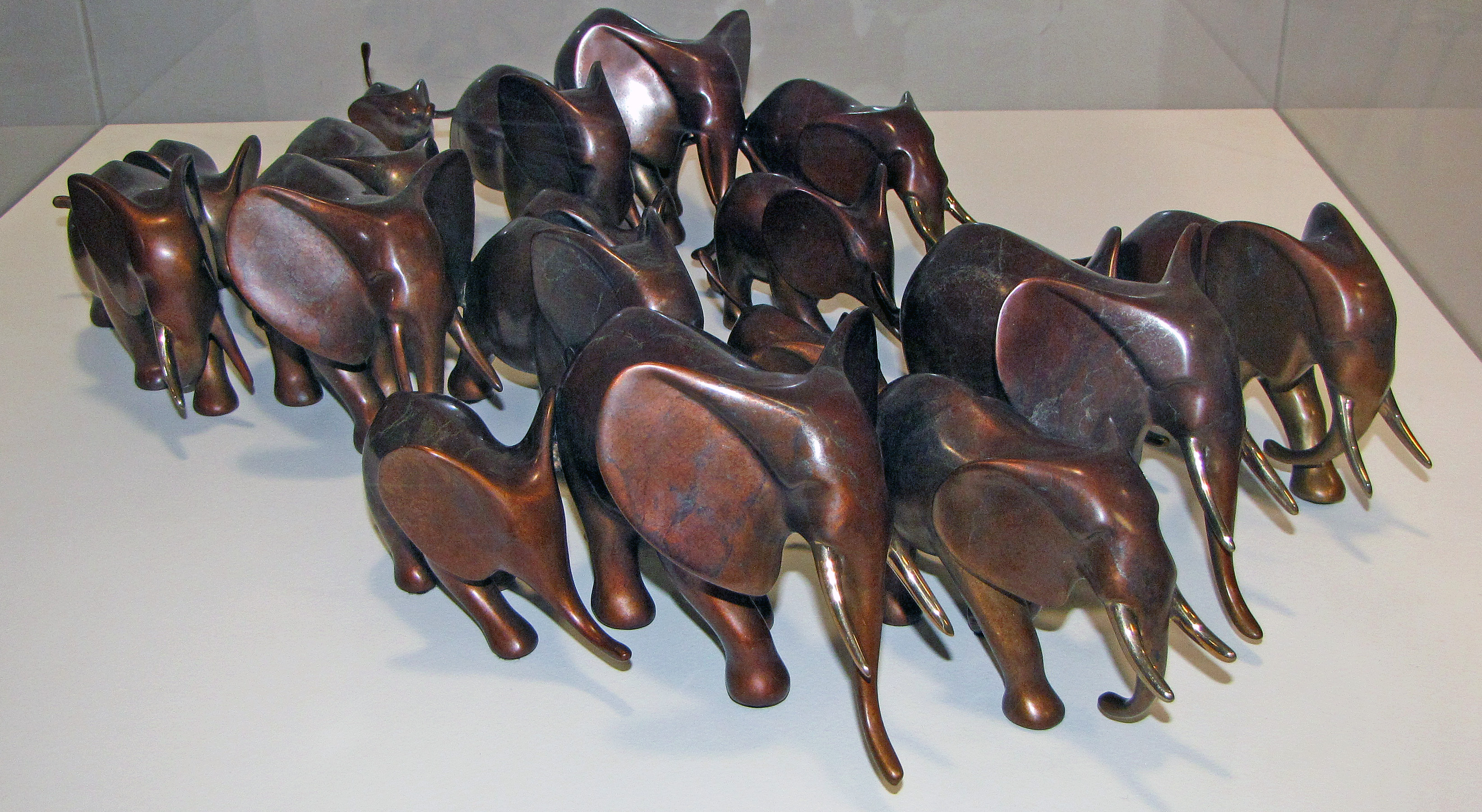 Elephant Herd
Loet Vanderveen is a Dutch artist, well-known for his bronze wildlife sculptures.  Born in Rotterdam in 1921, he lived near the zoo, visited it often, and formed there a life-long love of wild animals. He escaped his country in WWII just as the Germans bombed the city, but remembers vividly the destruction of the zoo and the shooting of the animals.  He recalls that a few survived. He was struck by the dignity of a roaming elephant.  “..in the midst of it all, there was this elephant in the city roaming. It was very, very poetic.”  He has lived in Zurich, London and New York, and for the last 25 years, in the Big Sur country of California. His work is exhibited widely and held privately. Vanderveen donated his bronze piece, “Elephant Herd,” to the University in 2008. 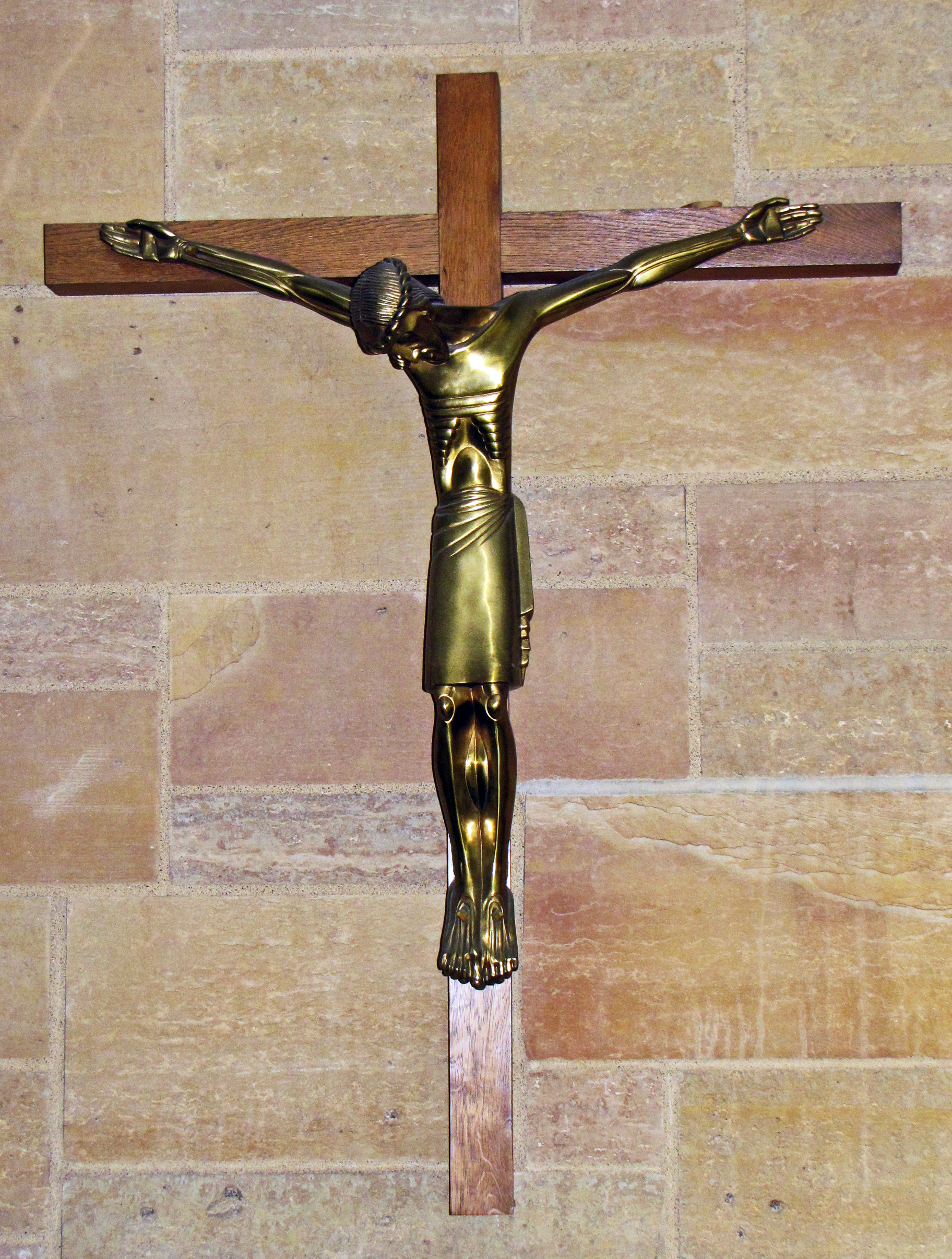 Crucifixion
A bronze “Crucifixion” by Jean Lambert-Rucki (1888-1967) stands above the Circulation Area. Lambert-Rucki was born in Cracow, Poland, studied at the Fine Arts Academy of Cracow and moved to Paris in 1911.  A sculptor and painter, he exhibited regularly in Paris from about 1920.  His workshop produced numerous large and small Christ figures, in wood or bronze, especially for the churches built again after massive WWI damage in northern France.  The piece was probably created about 1935. Lambert-Rucki was influenced by Cubist principles and by African art, and used a wide variety of materials in his work. 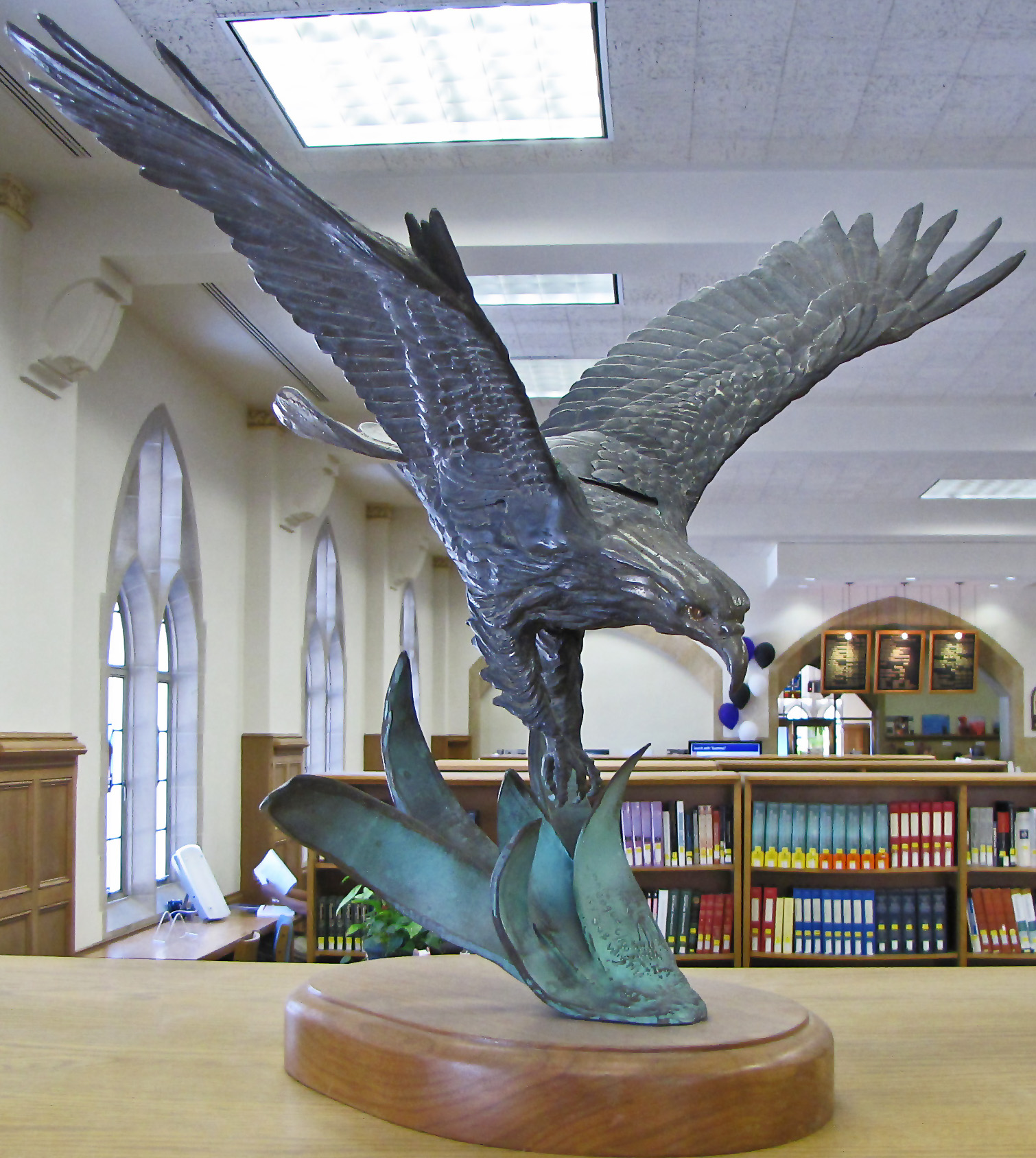 Bald Eagle
Bob Winship,is a contemporary St. Paul, Minnesota sculptor who specializes in hunting subjects, including game birds and dogs. He has taught at the University of Minnesota and has won numerous awards. His work is in private and public collections, including Disneyworld, Orlando City Hall, and the 3M Company. “Bald Eagle” is a bronze of an eagle in flight> It is the 6th of 100 castings and was presented to St. Thomas in recognition of being named to the Minnesota Business Hall of Fame. 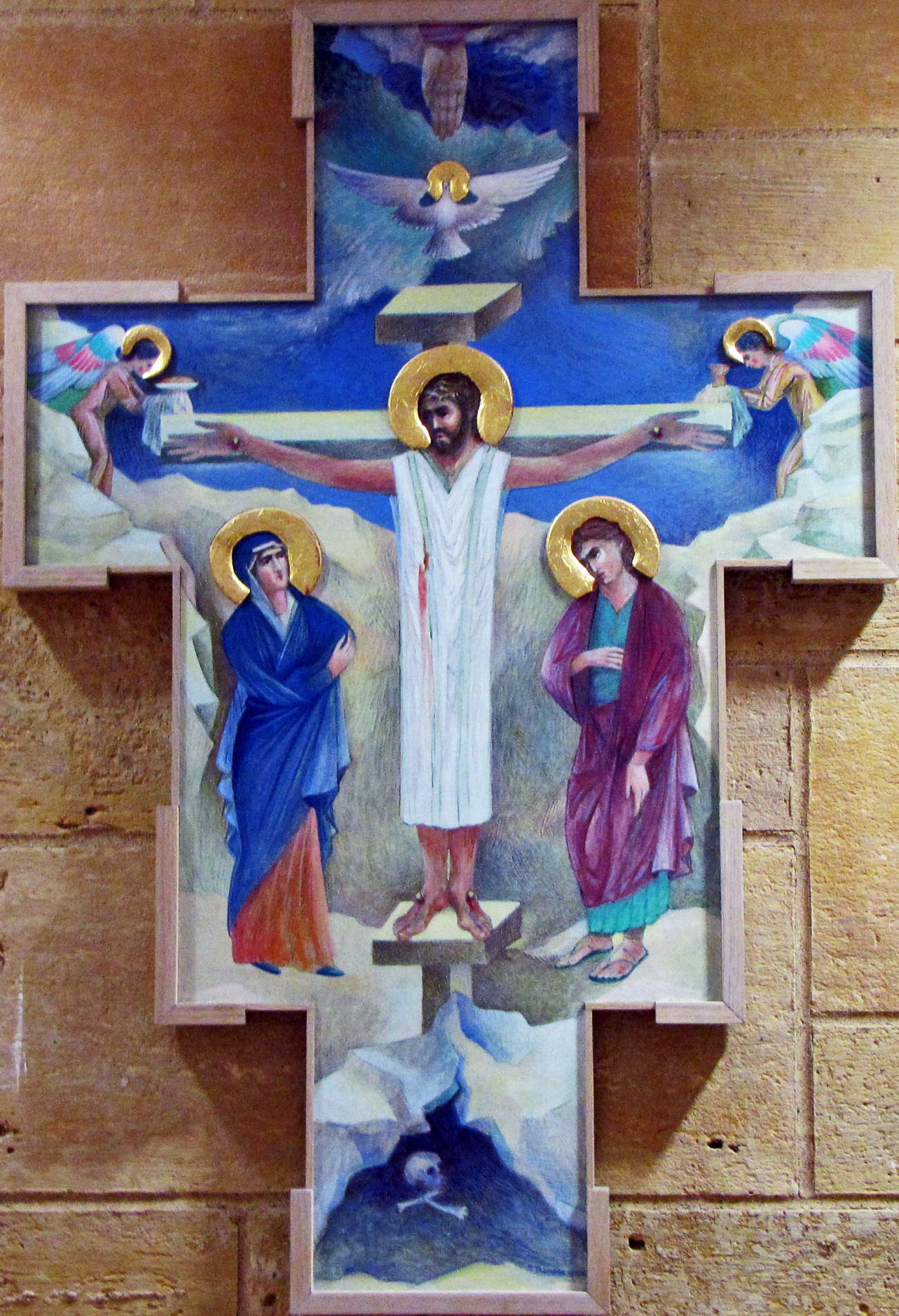 Crucifixion Icon
Philip J. Thompson (1933-), retired Augsburg College painter, print maker, and sculptor, created the icon in 1991.  The piece had been commissioned by the Sacred Arts Festival (St. Thomas).  In the 1970’s, he completed 35 paintings for the icon screen of the Russian Orthodox Church of St. Peter and St. Paul of Bramble, MN.

Bust of I.A. O’Shaughnessy
The bust of O’Shaughnessy was created by Ivan Mestrovic (1883-1962), noted sculptor, architect and political activist.  A Croatian, Mestrovic lived and studied in Paris and Vienna before returning to Zagreb.  Because of political unrest, he moved to several other European cities and eventually to Notre Dame, South Bend, Indiana, in 1954.  Mestrovic’s monumental and religious work is has garnered much critical acclaim. He was the first living artist ever to be given a one-man show at the Metropolitan Museum of Art, and was winner of the American Academy of Arts and Letters Award of Merit in 1953. In 1956 he created the portrait of I.A. O’Shaughnessy, long time benefactor of the University of St. Thomas and the man for whom the library was originally named. 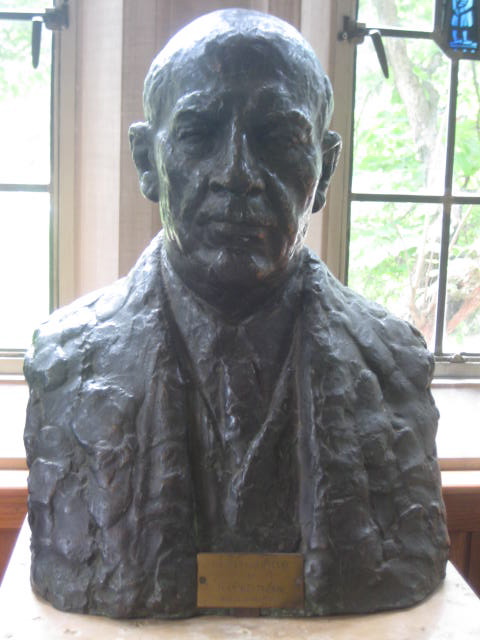