Art in the OSF Library: Paintings 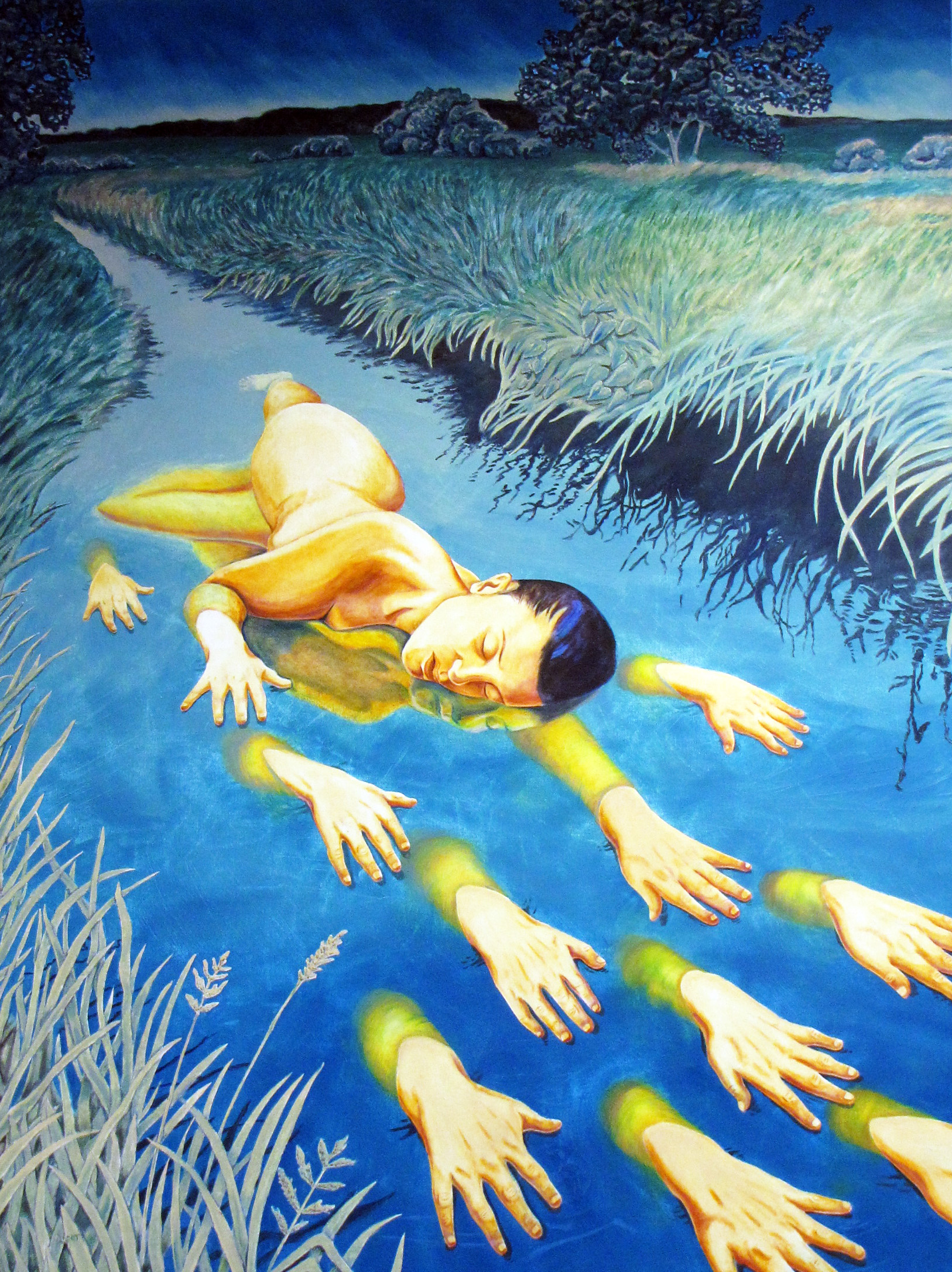 Streams of Consciousness
The painting, “Streams of Consciousness” by Susan Dupor was purchased in memory of Pauline Lambert (1935-2003), by her niece Rene Carlson to the LuAnn Dummer Center for Women  in 2004. It was later placed in the library.  Lambert was a long time administrator at St. Thomas and a passionate advocate of women’s rights.  Dupor is a deaf artist who exhibits widely in the Midwest.  The hands in the oil painting refer to the gestures that serve as a means of communication for those without hearing. 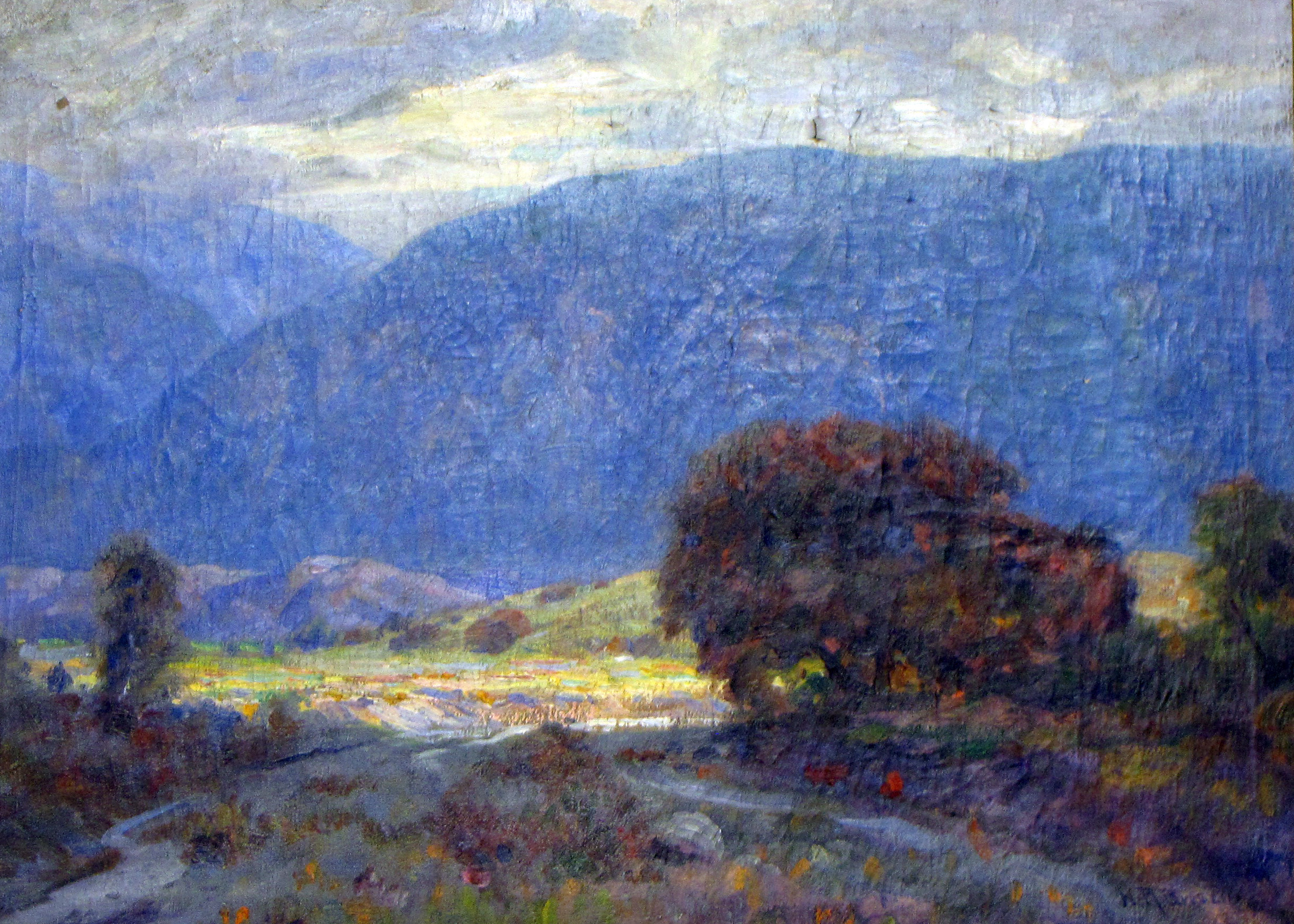 Heights of Gabriel
Nicholas Richard Brewer (1857-1949) was a prominent 19th century portrait and landscape painter. He was born in Olmstead County, Minnesota.  and raised on a farm along the Root River in southeastern Minnesota. In New York he studied with Dwight Tryon and Charles Noel Flagg at the National Academy of Design where he also exhibited. He painted a crucifixion in the Cathedral of St. Paul, in Minnesota as well as portraits of many prominent persons in his native state. The University has 17 of his paintings.

Where the Search Begins 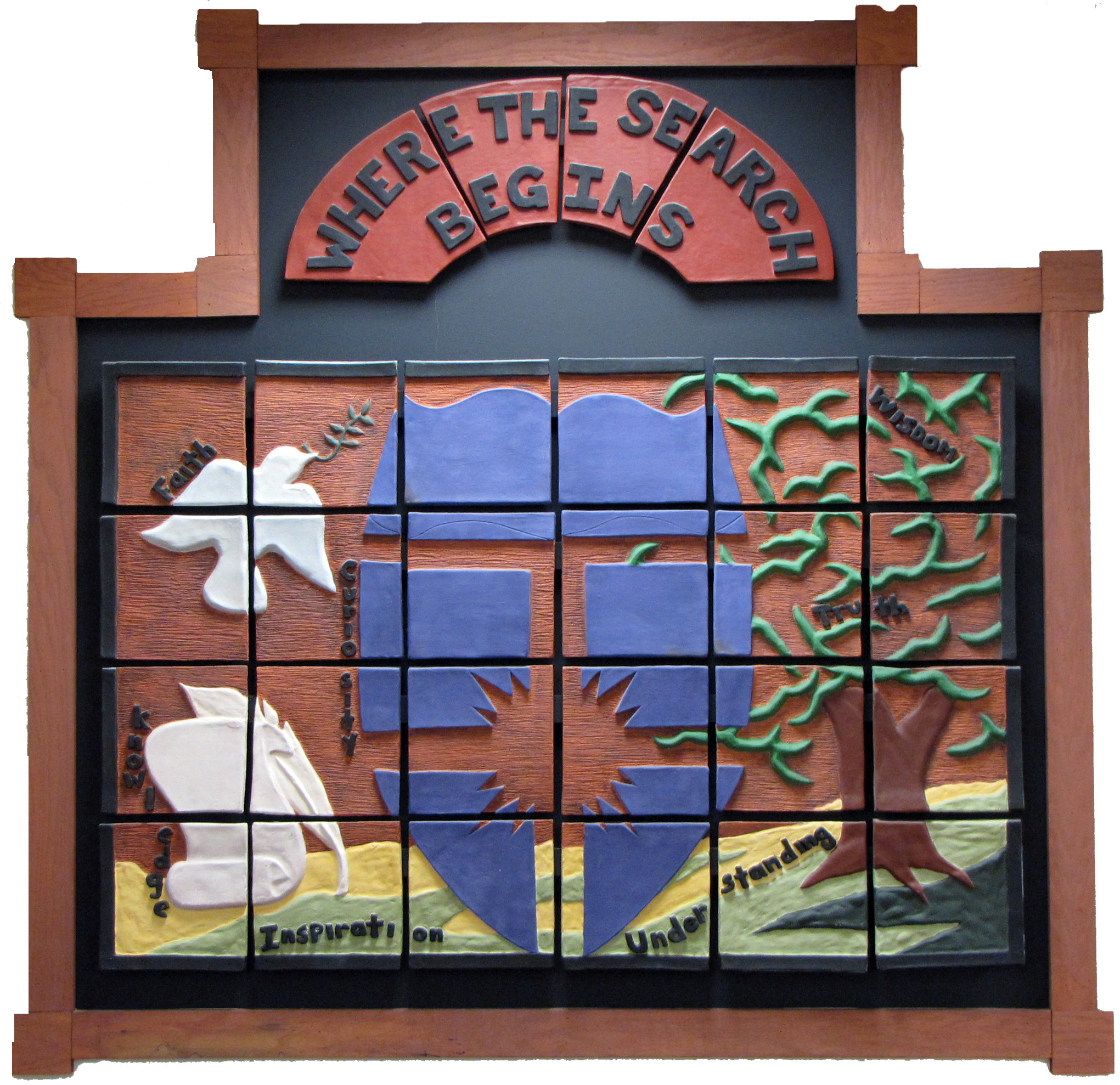 Where the Search Begins
The mosaic, “Where the Search Begins,” was created by St. Thomas students, Dan Horan and Aaron Opp. The two were taking a class in Public Art at St. Catherine’s University and wanted to create a piece of public art for the library  A library committee and the students came up with the theme and title for the work, which was unveiled in December, 2003.

"Another World I" Series 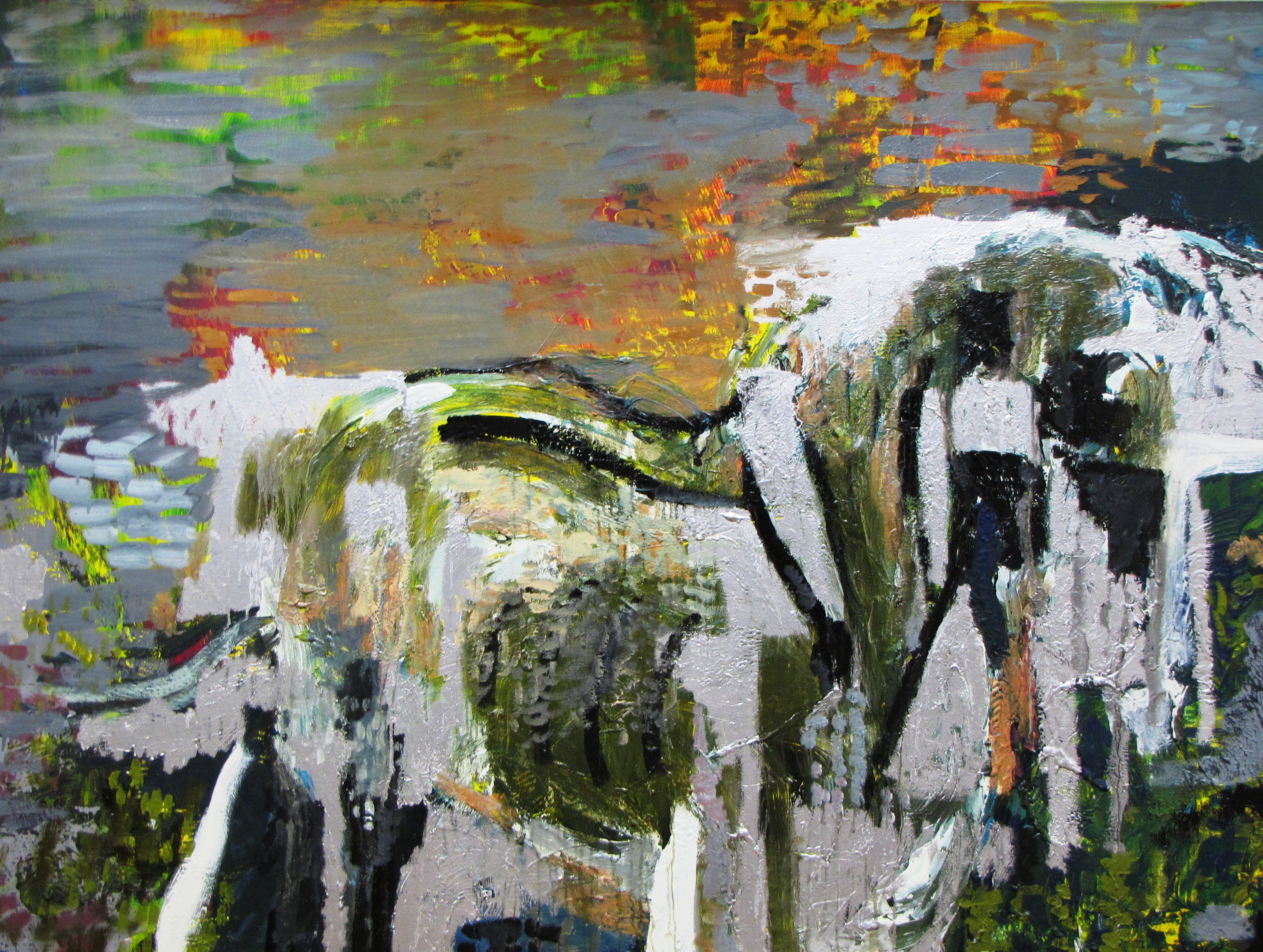 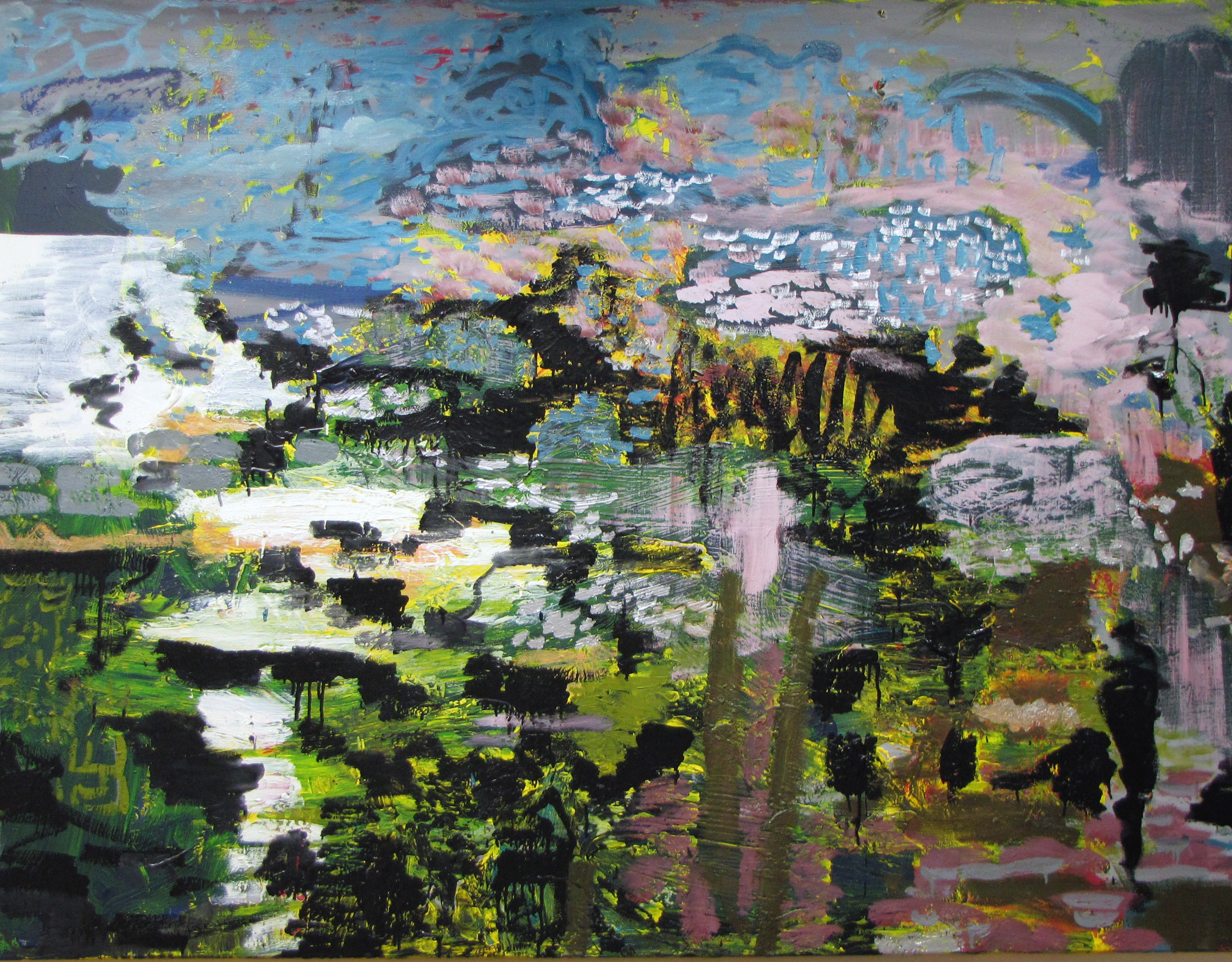 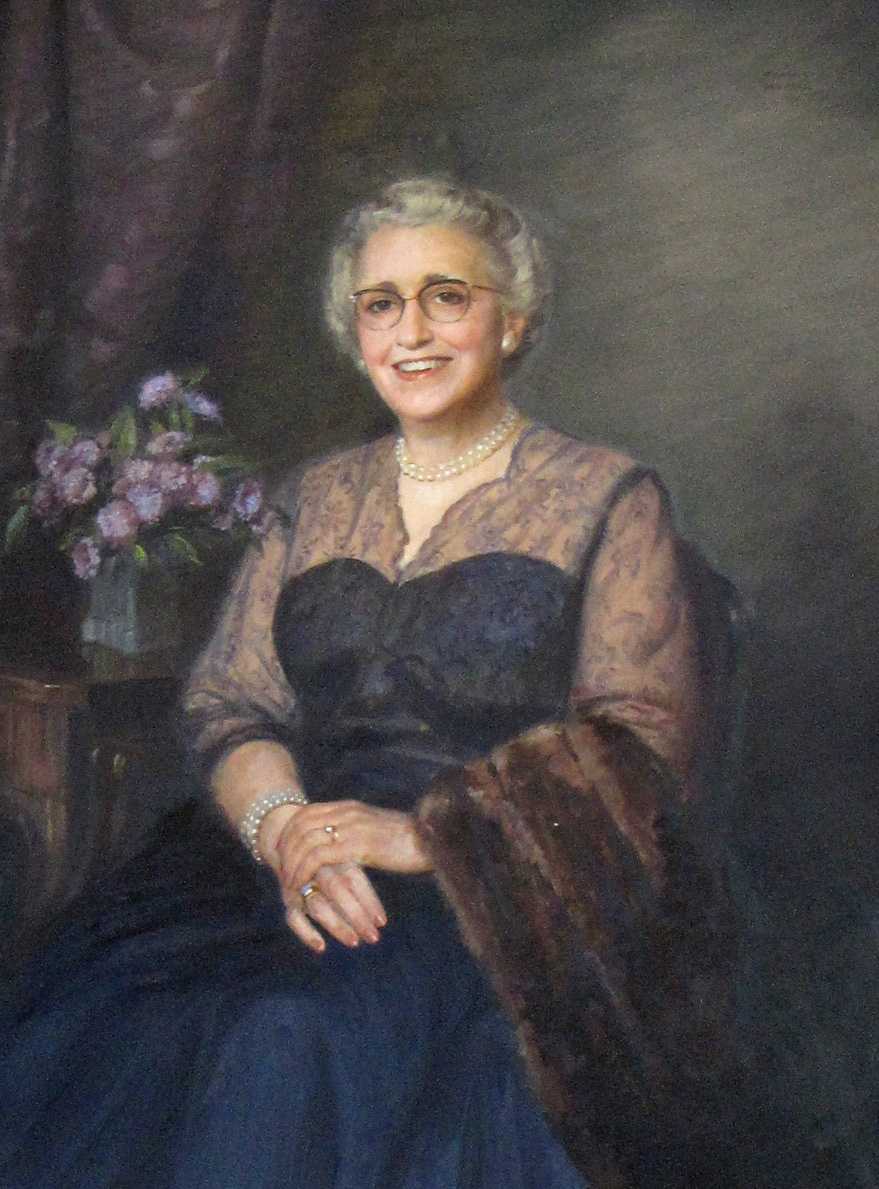 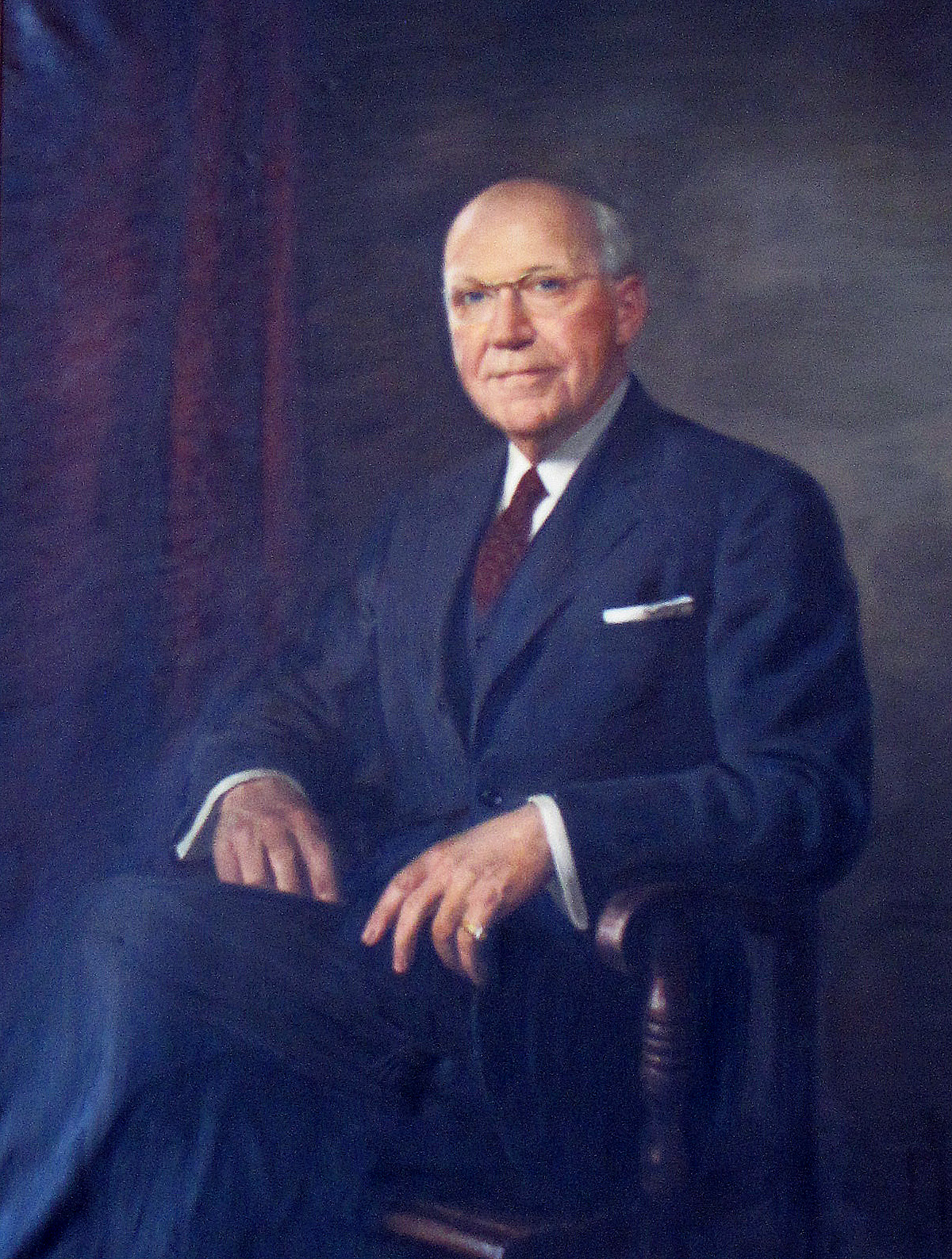 (From Left to Right)

Portrait of I.A. O'Shaughnessy
The large oil portrait was painted by Frank Bensing (1893-1983).  O’Shaughnessy (1885-1973) was a major benefactor of the University of St. Thomas and well known as the largest single benefactor of Catholic education. 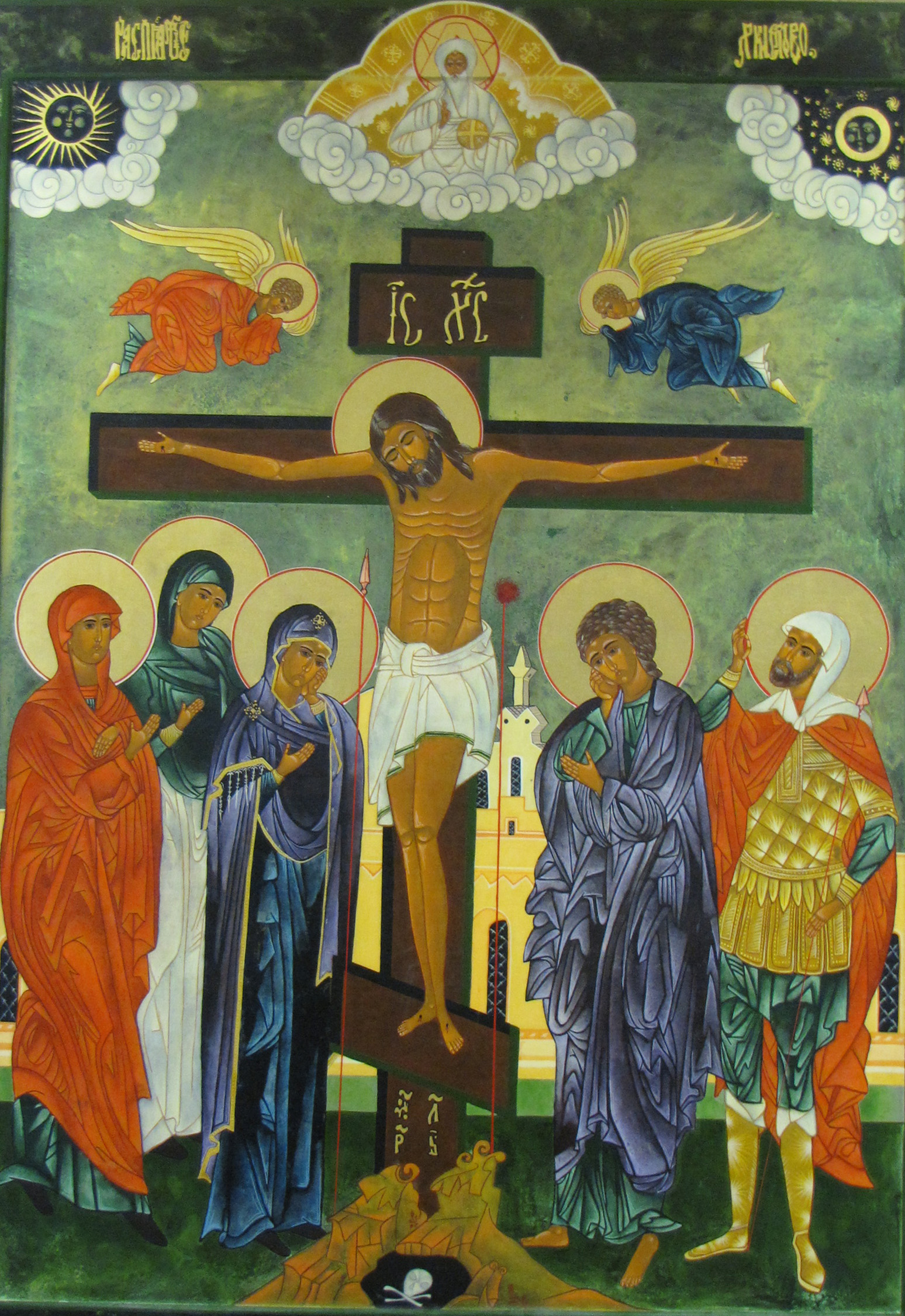 Icon of the Crucifixion
The Rev. Peter Wilke’s richly colored “Icon of the Crucifixion” was purchased for the University’s collection from an exhibit of Wilke’s icons held on campus in 1992. Born in California in 1950, Fr. Wilke has lived in South Dakota for many years. He studied iconography at   the School of Sacred Design in New York City and Gold Leaf Frame Makers of Santa Fe, New Mexico and has exhibited nationally and internationally. Fr. Wilke prepares icons in the traditional Byzantine manner using only natural materials. All the pigments are made of ground stone with 23K gold is applied to the Icon.