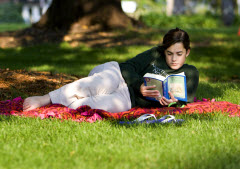 Company series (In the Garden of Iden; Sky Coyote; Mendoza in Hollywood; The Graveyard Game; Black Projects, White Knights; Life of the World to Come; Children of the Company; The Machine’s Child; Gods and Pawns; The Sons of Heaven) by Kage Becker