This year's speakers include: 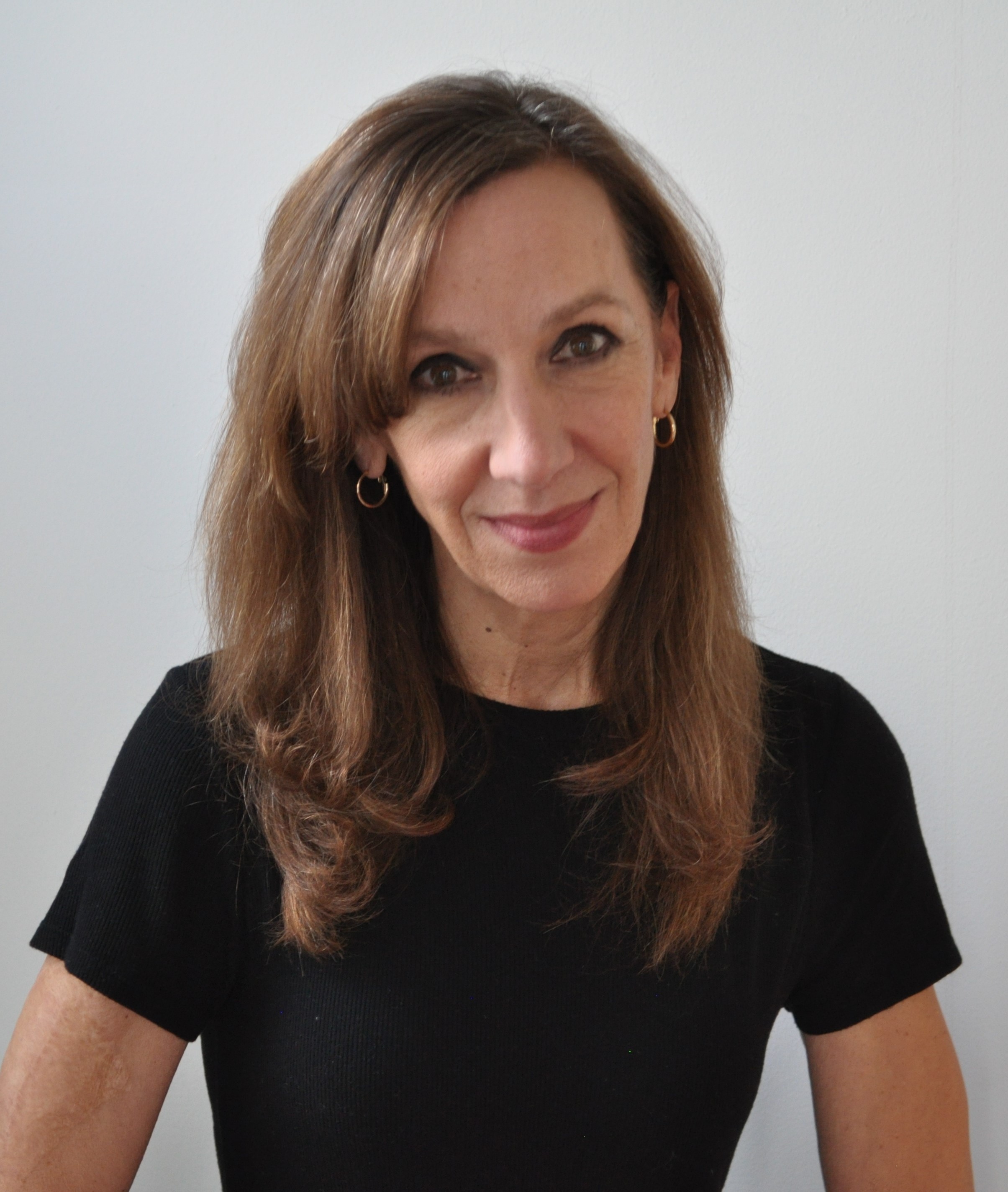 Keynote Jeanne Bishop
Jeanne Bishop is the sister of Nancy Bishop Langert, who was murdered along with her husband and unborn child in 1990. Since the killing of her family members, Bishop has been a passionate advocate for forgiveness, reform of overly harsh criminal sentences and restorative justice. Bishop's book Change of Heart: Justice, Mercy and Making Peace with My Sister’s Killer (Westminster John Knox Press 2015), tells the story of her own reconciliation with the young man who murdered her family members. Her forthcoming book Grace From the Rubble: Two Fathers' Road to Reconciliation After the Oklahoma City Bombing (Zondervan April 14, 2020) tells the story of the attack on Bishop's hometown and the unlikely friendship between the father of a young woman killed in the bombing and the father of the man who set off the bomb. Bishop is an Assistant Public Defender with the Office of the Cook County Public Defender, a graduate of Northwestern University's journalism and law schools and Visiting Student at Yale Law School, and an adjunct professor in Trial Advocacy at Northwestern law. 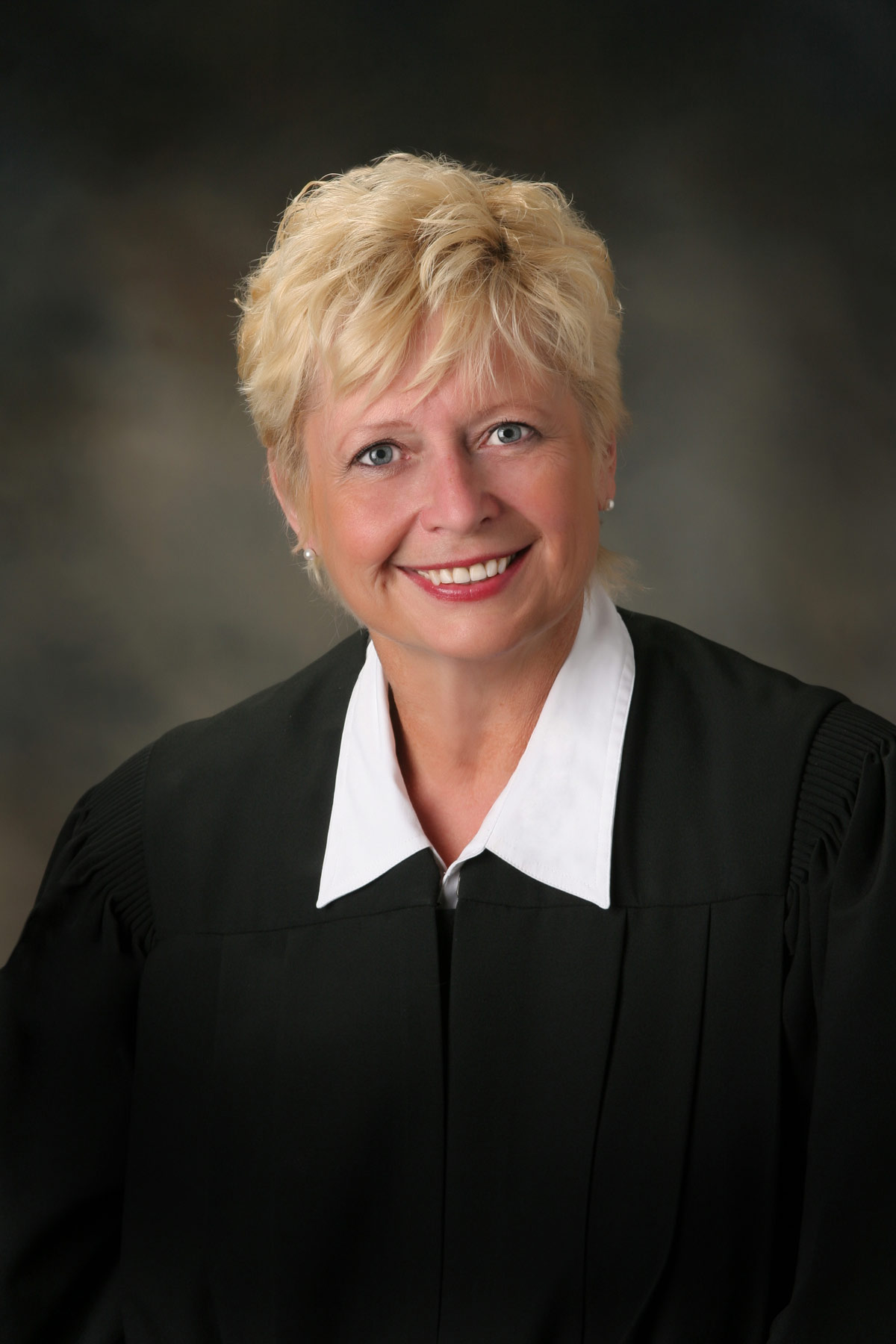 Hon. Justice Janine Geske
Janine Geske served as a Justice on the Wisconsin Supreme Court from 1993– 1998. From 1998–2013, she was a Distinguished Professor of Law at Marquette University Law School, where she founded and directed the school’s Restorative Justice Initiative. Justice Geske currently serves on the board of Marquette University and on the Sojourner Truth (domestic violence center) advisory committee. She has been involved both nationally and internationally in restorative justice for the last 15 years. She specializes in Victim/Offender Dialogues in crimes of severe violence and in restorative approaches to address the harm of clergy sex abuse in the Roman Catholic Church. 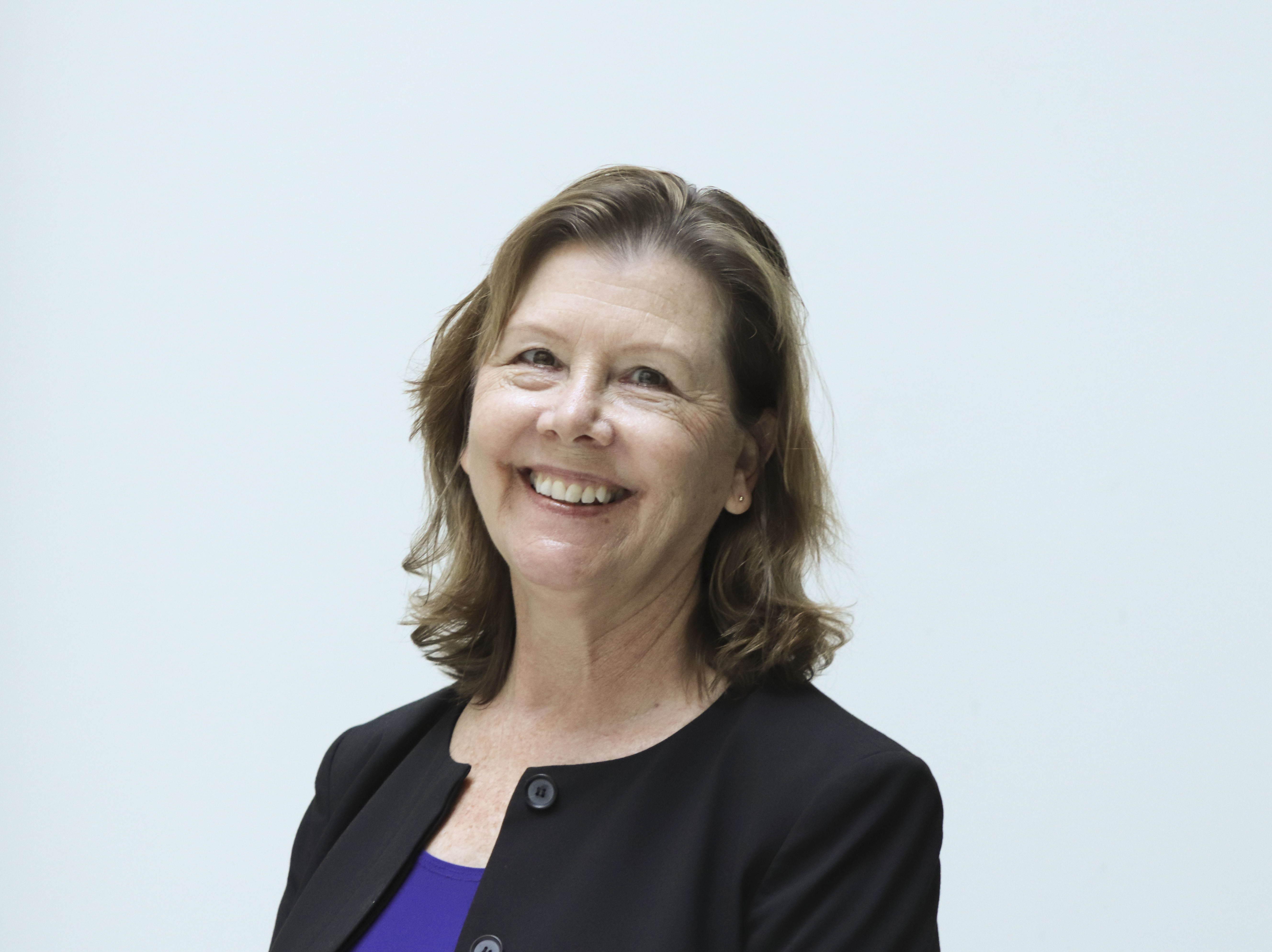 Mary Novak (Georgetown University Law Center)
Mary J. Novak serves Georgetown Law Center and the School of Continuing Studies as a mission integrator, chaplain and spiritual director with a particular focus on Ignatian Spirituality and Pedagogy at the intersection of psychology, spirituality and the work of justice. She has extensive experience in pastoral ministry, including the ministry of spiritual direction, having served in hospitals and universities for over 15 years. Another area of Mary’s study and practice is peacebuilding, having studied at Eastern Mennonite University’s Center for Justice and Peacebuilding. She focused her final project at the Washington Theological Union on Catholic Peacebuilding in the context of Kenya’s post-conflict reconciliation where she lived for a year. She returned to the U.S. to serve the Leadership Conference of Women Religious in their conflict with the Vatican. Mary currently serves as Chair of the Board of the Catholic Mobilizing Network to End the Use of the Death Penalty and Promote Restorative Justice. 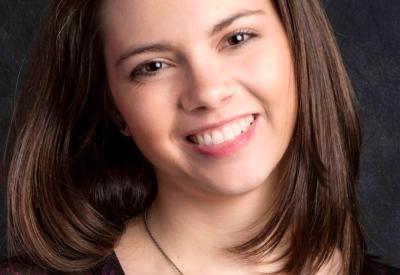 Caitlin Morneau (Catholic Mobilizing Network)
Caitlin joined the CMN team in 2017 after seven years of direct social services, volunteer management, operations, and program implementation at faith-based and secular non-profits. Caitlin is responsible for program development that increases understanding of restorative justice and use of restorative practices in Catholic contexts. She holds an MA in Conflict Transformation from the Center for Justice and Peacebuilding at Eastern Mennonite University and serves on the Board of Directors at Bethlehem Farm in Alderson, WV. She co-authored the preface of Redemption and Restoration: A Catholic Perspective on Restorative Justice with Howard Zehr and adapted this work into the faith formation guide Harm, Healing and Human Dignity: A Catholic Encounter with Restorative Justice. Caitlin lives in Alexandria, VA with her husband, toddler, and black lab.

Dr. Artika Tyner (University of St. Thomas School of Law)
Dr. Artika R. Tyner is a passionate educator, author, sought after speaker, and advocate for justice. Dr. Tyner serves as the founding director of the Center on Race, Leadership and Social Justice at the University of St. Thomas. She is committed to training students to serve as social engineers who create new inroads to justice and freedom. Additionally, Dr. Tyner teaches leadership coursework on ethics, critical reflection, and organizational development. Her research focuses on diversity/inclusion, community development, and civil rights. She has presented her research and conducted leadership training programs both nationally and internationally. Dr. Tyner leads by example by organizing policy campaigns, fostering restorative justice practices, developing social entrepreneurship initiatives, and promoting assets-based community development. 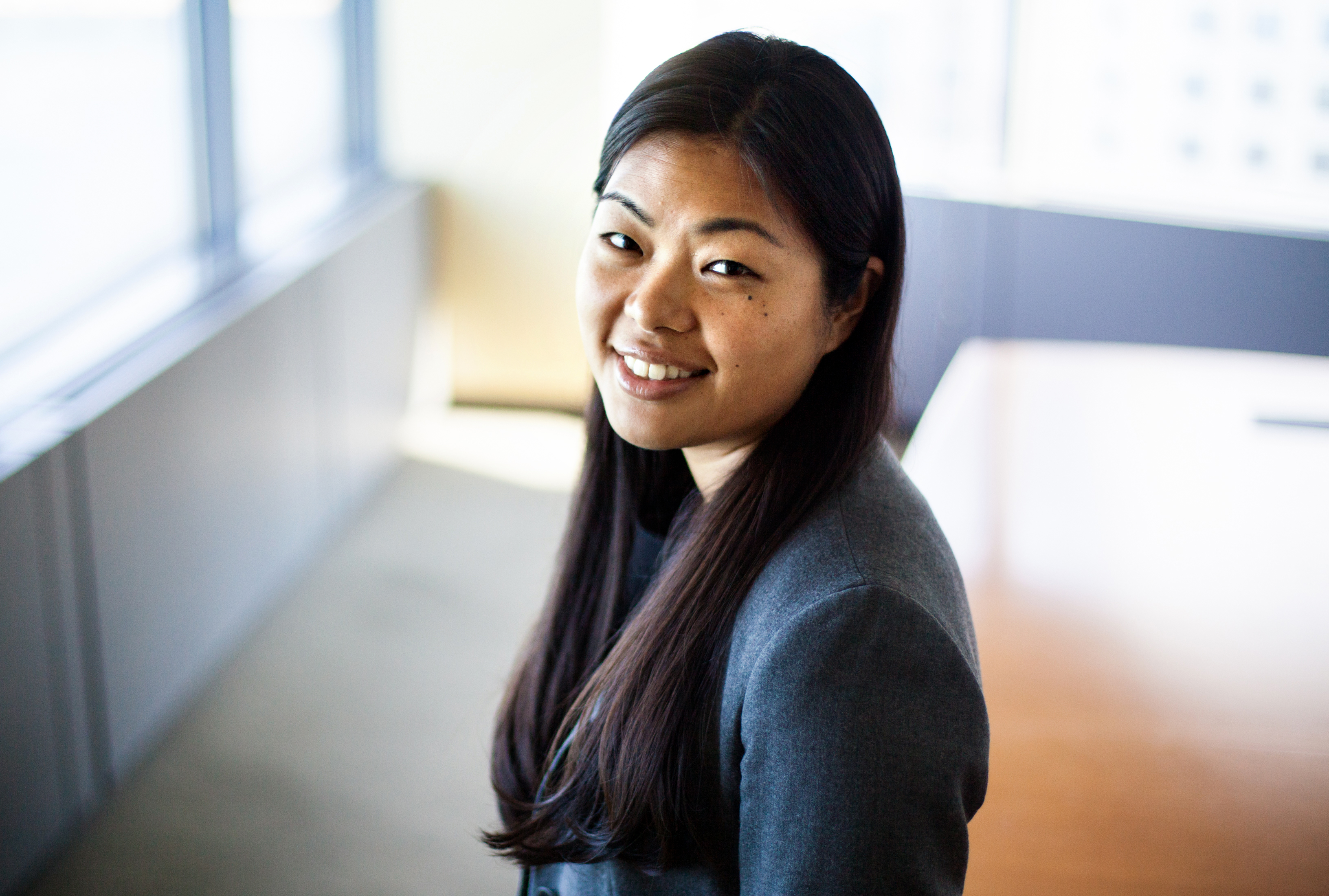 Annalise Buth (Northwestern Pritzker School of Law)
Annie Buth is the M.R. Bauer Foundation Fellow in Dispute Resolution at the Center on Negotiation and Mediation at Northwestern Pritzker School of Law. She focuses on the Center's restorative justice courses and initiatives, which involve creating opportunities for dialogue, relationship building, and community development both inside and outside of the law school. Annie is a restorative justice practitioner and mediator who collaborates with community-based restorative justice groups in Chicago. Her experiences with litigation, legal aid, the Michigan Court of Appeals, and an international non-governmental organization inform her perspective. 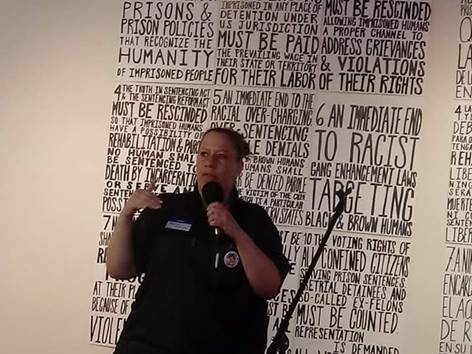 Monica Cosby (Women's Justice Initiative)
Monica Cosby is a mother, grandmother, activist, organizer, restorative justice and peace circle keeper, poet, person of the theater, and a lover of books, music, cats, dogs, and the earth. Her life and work have been shaped and informed by the communities she has belonged to, including the community of artists, scholars, and mothers with whom she was incarcerated for twenty years and whose survival was and is an act of resistance against a system that would dispose of them. 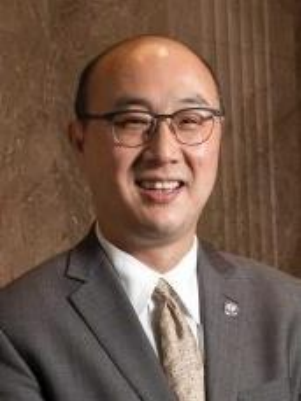 John Choi (Ramsey County Attorney)
John Choi is the Ramsey County Attorney. Since taking office in 2011, he has become a state and national leader in progressive justice reform, especially around gender-based violence. John’s innovative approach to holding abusers accountable, while working collaboratively with advocacy agencies to help victims, has transformed the way government intervenes in domestic violence and sex trafficking situations in Minnesota. John is the past president of the Minnesota County Attorneys Association, an executive member of the Institute for Innovation in Prosecution, serves on the board of the Minnesota Coalition Against Sexual Assault and is a past trustee for the Women’s Foundation of Minnesota.

Tim O'Malley (Archdiocese of St. Paul & Minneapolis)
Tim O’Malley was appointed Director of Ministerial Standards and Safe Environment for the Archdiocese of Saint Paul and Minneapolis in 2014. Prior to joining the Archdiocese, Director O’Malley served Deputy Chief Judge of the Minnesota Office of Administrative Hearings and as Superintendent of the Minnesota Bureau of Criminal Apprehension. He has practiced law in the private sector and worked for law enforcement agencies at the city, state and federal levels. Judge O’Malley earned his Juris Doctorate degree from the University of Chicago, where he served on the The Law Review, and holds a Masters in Management and Administration from Metropolitan State University. He has also taught as a college professor and as a law conference lecturer. 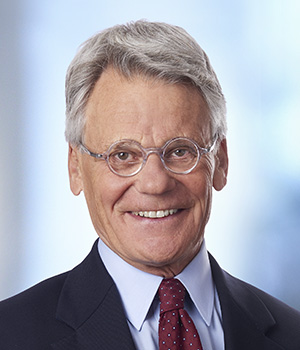 Tom Johnson (Gray Plant Mooty)
Tom Johnson is a Shareholder at the law firm of Gray Plant Mooty. He practices in the areas of internal investigations; regulatory and legislative affairs; and environmental and land use law. He was the Hennepin County Attorney from 1979–91 and served on the Minneapolis City Council from 1973-1977. He is currently the Ombudsman for clerical sexual abuse for the Archdiocese of Saint Paul and Minneapolis. 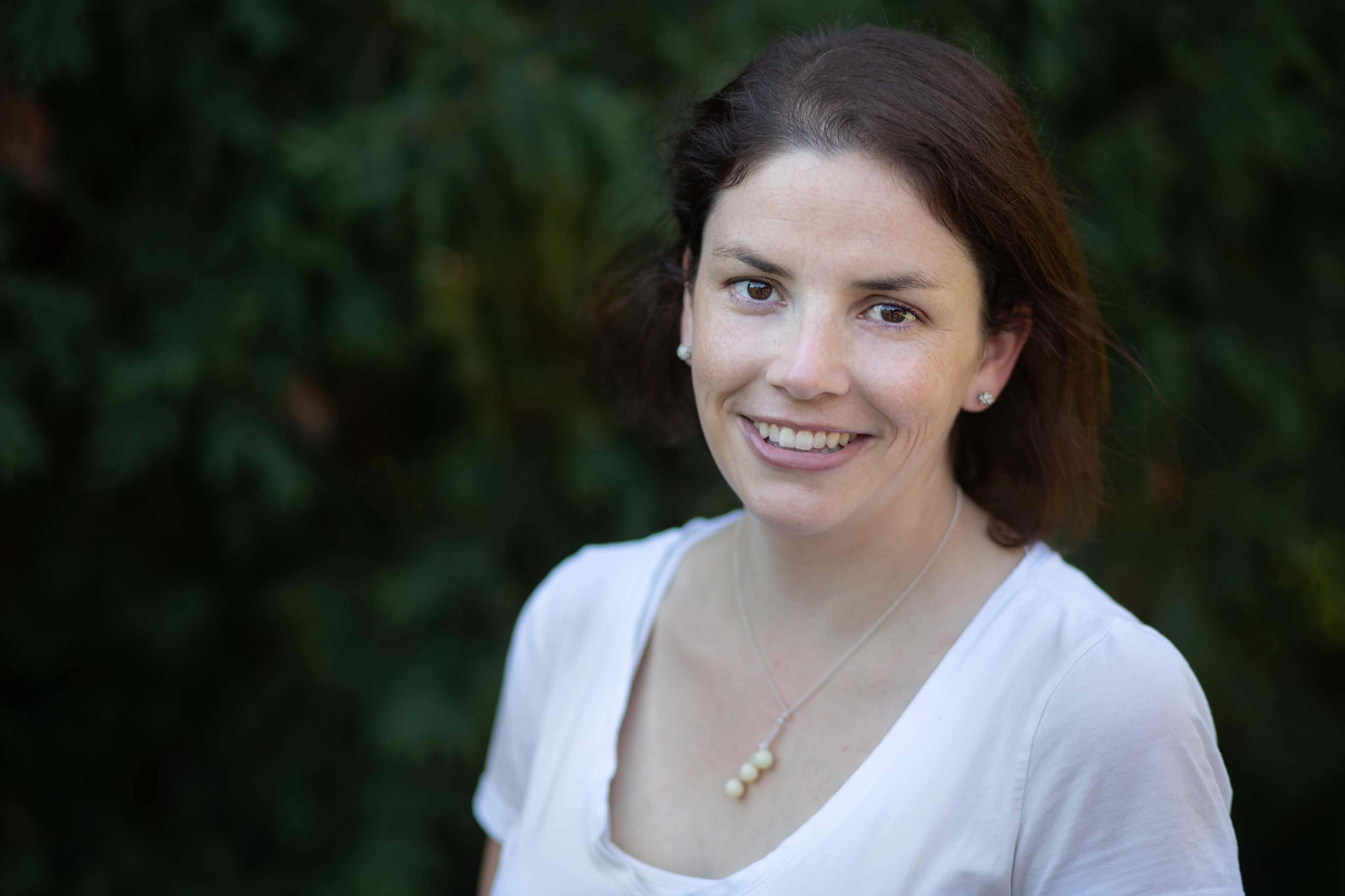 Stephanie Wiersma (Ramsey County Attorney's Office)
Stephanie Wiersma is a 2013 graduate of the University of St. Thomas School of Law and is currently an Assistant Ramsey County Attorney assigned to the Child Protection Division. Upon graduation, Stephanie was selected for a temporary attorney position in the Adult Criminal Division. She then transitioned to the investigation and eventual civil and criminal matters involving the Archdiocese of St. Paul and Minneapolis. Stephanie remains in this role today. In her free time, Stephanie enjoys cooking, running, golfing, and wrangling her two young daughters. She sits on the Board of Directors of Open Arms Early Childhood Center and is a member of P.E.O., a philanthropic organization that supports educational opportunities for women.