Roman Catholic Mariology deals with the life and role of the Virgin Mary, the mother of Jesus, as well as her veneration, throughout the ages, in theology, prayer, hymns, art, music, and architecture.

Marian Hymns are Christian songs focused on the Virgin Mary. They are used in both devotional and liturgical services.  They are often used in the month of May devotions (May being the Month of Mary). Some have also been adopted as Christmas hymns.

The Magnificat (Latin: [My soul] magnifies) — also known as the Song of Mary or the Canticle of Mary — is frequently sung (or spoken) liturgically in Christian services. It is one of the eight most ancient Christian hymns and perhaps the earliest Marian hymn. Its name comes from the first word of the Latin version of the canticle's text, which is taken directly from the Gospel of Luke (Luke 1:46-55) where it is spoken by the Virgin Mary upon the her visitation to her cousin Elizabeth. Salve Regina: This beautiful hymn is also known by its English name Hail Holy Queen. In 1218 the Cistercians adopted it as a daily processional chant and in 1251 as an ending to Compline. The Dominicans and the Franciscans also adopted it around this same time and the Carmelites used it for a while in place of the last Gospel at Mass. Pope Gregory IX (1227-1241) ordered it to be chanted after Compline on Fridays. From the 14th century down to today it has been a part of Compline for the Latin Rite. Traditionally this antiphon is recited at Compline from Trinity Sunday until Advent. 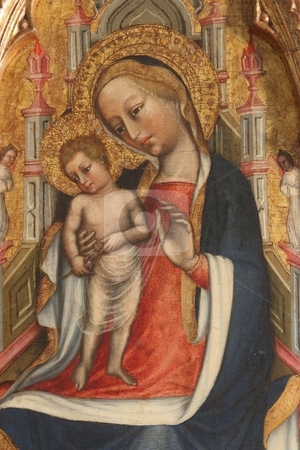 The antiphon, Ave Regina Caelorum, is sung as the concluding antiphon in the The Liturgy of the Hours from the Presentation of the Lord until Holy Thursday. It was originally sung for None for the Feast of the Assumption. The author is unknown. The earliest plainchant manuscript stems from the twelfth century. There are slightly variant versions. (University of Dayton) 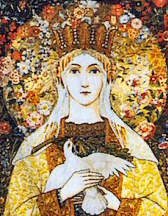