A Guide for online source evaluation

Determining a source credibility is not always easy. It becomes more complicated as you consider the many factors that come into play. Credibility comes down to a few, sometimes-hard-to-answer questions:

"The set of skills needed to find, retrieve, analyze, and use information. . . . Students must demonstrate competencies in formulating research questions and in their ability to use information as well as an understanding of ethical and legal issues surrounding information. This requires a campus culture of collaboration and focus on student learning."

A research question provides structure for research. Your thesis statement can be thought of as the sentence answer to this question; the rest of your paper or project is an explanation of that answer. Elements of good research questions include:

Your research question will help you determine what sources to use.

bias, noun: prejudice in favor of or against one thing, person or group compared with another, usually in a way considered to be unfair

bias, verb: cause to feel or show inclination or prejudice for or against someone or something

A biased source means that the creator has a view of the issue at hand and therefore has an effect on how the source is created/presented. Everyone has biases, and someone with a bias can still write a worthwhile source, but it is up to you to consider how much of a bias is present. Be aware of the biases inherent when the information presented contains an agenda or is trying to sell something.

Peer review is a process scholarly articles go through before they are published. Scholarly articles are sent to other experts in the field (peers) to ensure that they contain high-quality, original research important to the field. This is a measure of quality control other types of literature don't go through.

This Guide is adapted from Rowan University's Campbell Library: Evaluating Online Sources: A Toolkit, and University of Texas Libraries: Evaluate Sources (both are under Creative Commons License).

Ask Me for Help 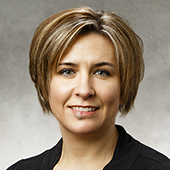