Write in ways that are clear, bias-free, and give credit to previous authors and thinkers.

APA proposes guideline to aid you in your writing:

How do you decide whether to quote or paraphrase?

"Children make language. In every generation, they take the nebulous linguistic wash around them and, without consciously trying, shape it into something cogent and systematic" (Fox, 2007, p. 63).

Block quotes are longer (over 40 words) quotations. Use block quotes sparingly. If you use them too much, you lose your voice and the flow of your paper suffers.

Fox (2007) describes how sign languages develop in small communities with a large number of deaf members:

Once in a great while, however, nature carries out...an experiment on its own. The result is a 'signing village' like Al-Sayyid, where a signed language arises unbidden, spoken by deaf and hearing alike. This natural experiment requires very particular conditions: a traditional, isolated community (these languages are often found on islands); the presence of hereditary deafness; and intermarriage, which concentrates the gene pool and raises the incidence of deafness to a level well above that of the general population. (p. 69)

I would add that limited interference by authorities is also required.

APA describes three different types of lists. One that is included inside regular text and two others that are indented and placed under or within paragraphs.

Lettered Lists are incorporated into the text, not indented. They may include letters (a) (b), etc. but they don't have to.

If you don't want to imply order, use a bulleted list.

What did they do with the butter?

Figures can now be placed within the paper or at the end, in the appendix.

Examples of various types of graphs are available in this .docx file.

Students today appear to use pencils more than pens, but apparently don't expect to make too many errors (see low usage of erasers) (Figure 3). 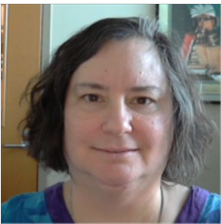