Surveys the history of the Second Vatican Council and the sixteen documents it promulgated. Highlights materials that reveal the vision of Catholic faith presented by the Council from a theological perspective.

Getting Started - Some Key Resources

All four of the works listed below follow a similar format which presents successive drafts of the document arranged in 4 parallel columns accompanied by the responses of various participating bishops. 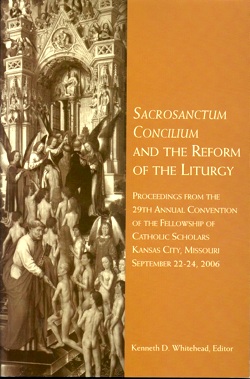 The Second Vatican Council met from 1962 to 1965 in four sessions (October-December 1962, September-December 1963, September-November 1964, and September-December 1965). Sixteen major documents were produced: two dogmatic and pastoral constitutions, nine decrees and three declarations. The authoritative Latin text of each of these documents can be found in Tanner's Decrees of the Ecumenical Councils or on the Vatican website (listed on your left).